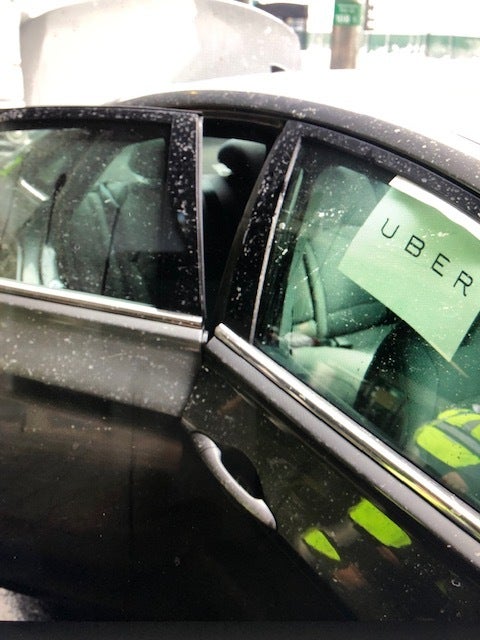 Are you looking for the best Philadelphia Uber/Lyft Rideshare Accident Attorney?

You have come to the right place. Top rated attorney Gary R. Brod can get you the compensation you deserve while we navigate the evolving laws involved in rideshare accidents in Philadelphia. While ridesharing has changed the way we get around in Philadelphia, it has not come without some serious problems. Not only can passengers using Uber or Lyft get hurt in car crashes, but they can also get assaulted by ridesharing drivers. Additionally, ridesharing drivers can be more reckless than other drivers, putting innocent people on the road at risk.

The dangers are far more significant than you may think. Do not guess about your legal rights or the value of your claims. If you want to know about our law firm and what we have done for others. See what injury victims say who know us best

Drivers for Lyft or Uber make a set amount of money per ride, depending on how far the trip will be. Getting to the destination as quickly as possible is critical for drivers who want to pick up the next ride, so it should come as no surprise that many of them speed and take risks that put other people on the road at risk in the city of Philadelphia.

Unfortunately, when inebriated people use a rideshare to get home, the driver that picks them up is in a position of power. Over a hundred cases have come to light of Lyft or Uber drivers sexually assaulting or raping their passengers. Many of these cases involve a female passenger returning home after a night of partying, falling asleep in the back of the car, and waking up to find herself being assaulted or raped by the driver. In some shocking cases, the driver followed the woman into her house to assault her.

If you get hurt while using a rideshare like Uber or Lyft, you deserve compensation and we want to help you. We have conveniently located offices in Philadelphia and the surrounding suburbs to better serve you. The personal injury lawyers at The Brod Law Firm can help you fight, regardless of whether you were hurt in an accident or if a ridesharing driver assaulted you, call The Brod Law Firm in Pennsylvania. at 888-HELPWIN (888-435-7946) or contact them online 24 hrs.