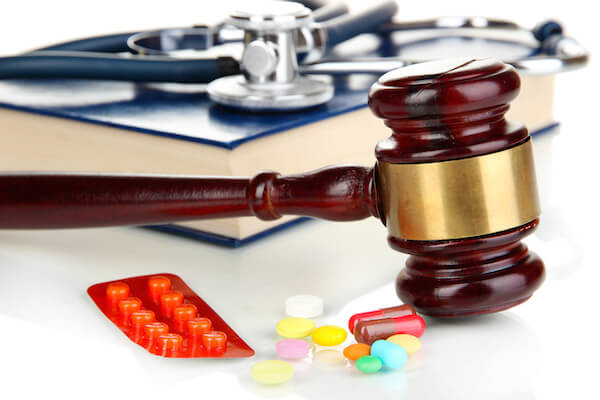 Before a new drug can be available for purchase on the market, it must undergo several clinical trials. During these trials, drugs are evaluated in areas of safety, efficacy, and toxicity. After those areas are cleared, the United States Federal Food and Drug Administration (FDA) is required to conduct the final clinical trial for approval to distribute the drug. However, since there are hundreds of drugs on the market that are clinically tested and cleared for distribution every day, it's possible for drugs to become tainted over time or simply contain latent effects that the FDA couldn't have possibly caught during their examinations. A manufacturer or health care provider's failure to mention potentially deadly risks or concerning side effects could also merit liability for any injuries or harm you've experienced as a result of taking a defective drug.

Defective drug claims usually fall into three categories. They are either defectively manufactured, improperly marketed, or they contain potentially deadly side effects (although properly manufactured). Pinpointing which category, or categories the defective drug that harmed you falls under will help you figure out who is liable in your case.

Drugs that have been defectively manufactured have usually become tainted or faulty in the manufacturing process. This mean, any circumstance that made the drug defective from the moment it was manufactured to the day receive and ingest the drug are considered manufacturing issues. The cause of defectiveness could happen in a manufacturing factory, a pharmacy, or even while the drug is been shipped.

This type of defective drug claim usually occurs when drugs have been on the market for awhile before there has been research or cases that suggest that it has potentially deadly side effects. Drugs claims of this nature are often times properly manufactured, but the drug in question may pose a risk for a certain type of condition or impairment. If victims of these side effects can prove that the company has known about the effects of their products and has done nothing in response to this information, they could be awarded in punitive damages. These types of damages are a monetary amount awarded to a plaintiff in an attempt to punish the defendant and ensure they don't make the same mistake again.

How a manufacturer, retailer, pharmacist, doctor or any other health care provider markets a drug can affect their liability in a defective drug claim. Failing to mention potentially deadly side effects or provide clear usage instructions, are just some of the actions that can make them liable for a victim's injury. Victims must prove that an individual or organization who owes them the responsibility of informing them of all probable risks or side effects did not properly do so.

Drug manufacturers have a responsibility to their consumers to ensure that their products are safe for consumption. They should go through a number of comprehensive measures to provide consumers with products that have less side effects, especially side effects that have proven to be severe. There are several brands of drugs both prescribed and over-the-counter that have been considered dangerous.

Patients who have been diagnosed with atrial fibrillation are most likely prescribed Xarelto by their doctor. Deemed as a serious condition, atrial fibrillation presents itself as an irregular or quivering heartbeat that causes heart failure and other heart-related complications. Almost 3 million Americans are living with this condition, and about 15-20% of people who have strokes have this condition. Xarelto is prescribed due to the fact that it is supposed to serve as an anticoagulant, also known as blood thinner, that aids in preventing blood clots and potential strokes that greatly contribute to these heart issues. Despite its manufacturer's intentions, there have been reportedly 2,000 cases of people who claim they've experienced adverse side effects. Lawsuits filed against consumer product giants Johnson & Johnson and Bayer Healthcare were filed because of the company's failure to sufficiently warn them of the increased risks of bleeding and even death associated with the medication. Some other alarming potential side effects include internal bleeding, a pulmonary embolism, brain hemorrhaging, gastrointestinal bleeding, severe nose bleeding and a stroke.

Hydroxycut is a supplement that aims to help obese people lose weight. It rose to popularity relatively quickly. While thousands of people rush out to their local Walgreens, Target or Walmart, to own “America's #1 weight-loss supplement brand,” several people who have already take the supplement have reportedly suffered serious health problems after ingesting this product. The FDA has urged people to stop using this supplement after reports of jaundice, elevated liver enzymes, and liver damages that are so severe, a liver transplant is required. One death has been reported as a result of liver failure the supplement caused. These risks were initially reported about five years ago and the manufacturers have done nothing to inform consumers of the potentially dangerous side effects associated with Hydroxycut. Advertisements of the supplement being comprised of all natural ingredients are still airing nationwide, but manufacturers have failed to clarify that all the ingredients found in this product may not be safe or sufficiently thoroughly researched. So far, Hydroxycut products have been linked to cardiovascular disorders, seizures, and rhabdomyolysis - a form of muscle damage that can possibly lead to kidney failure.

The Following drugs have been deemed as dangerous through investigations and litigation:

Lawyers at the Brod Law Firm in Reading believe that pursuing a defective drug claim should be free of hardship and stress. If you or a loved one has suffered an injury due to the negligence of a manufacturer, retailer or health care provider, you deserve a legal remedy. Our skilled attorneys will be an advocate for you while you recover. Contact us online or call (888) 435-7946 (888-HELPWIN) for a free consultation.